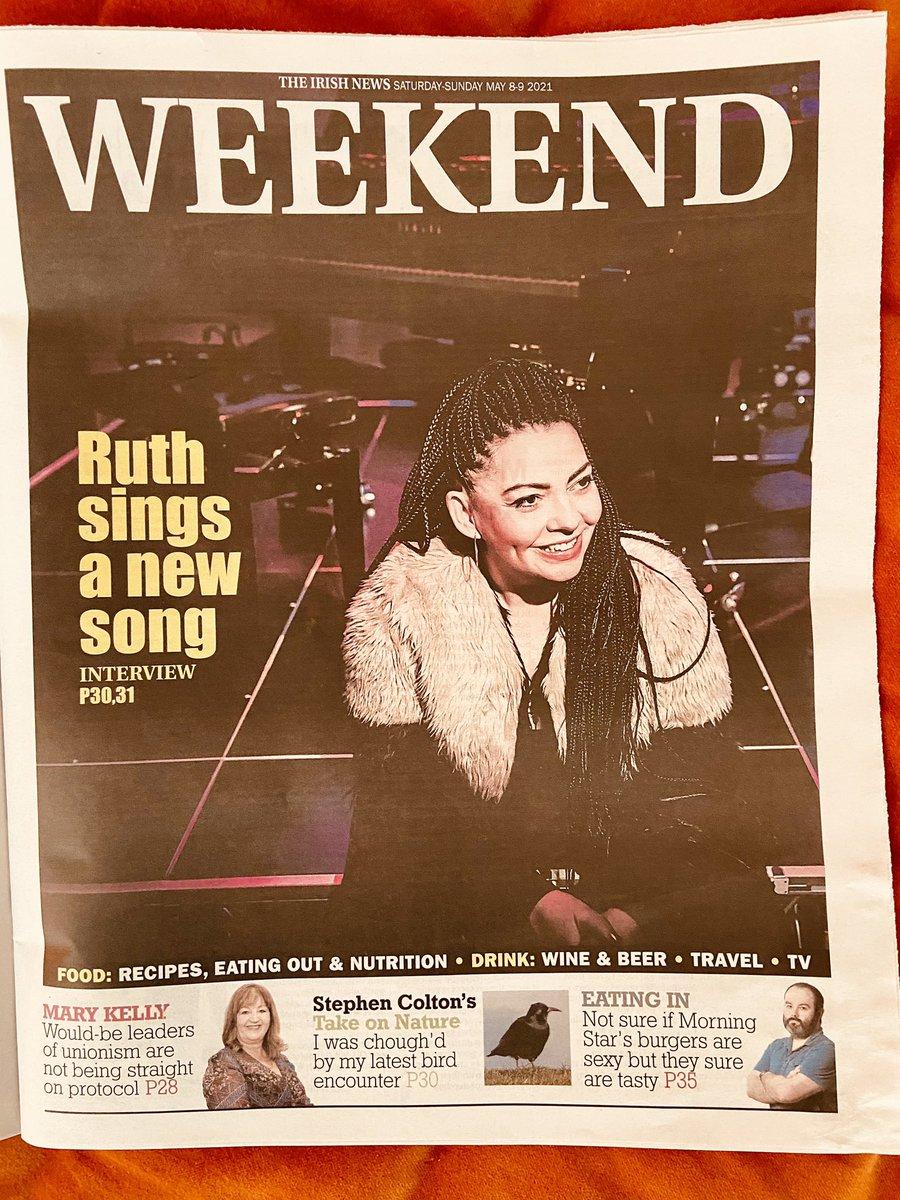 FINGERS poised expertly over the keys, Ruth McGinley settles herself and takes a moment to breathe deeply; a moment to inhale and appreciate her new sense of freedom – and peace – at the piano.

At 44, it amuses her that the label ‘child prodigy’ is still her time signature, at least in the world of pianoforte, but these days she is mixing it up a little with jazz, soul and classical crossover, working with Duke Special and multi-platinum-selling trio The Priests, and, more recently, collaborating with her 21 year-old guitarist son, Michael.

It was a first mother-and-son musical outing for the pair, leading to the release of atmospheric single Chrysalism, produced by Derry electronic artist Ryan Vail, and helping lead McGinley to a “deep inner peace” during the Christmas lockdown.

The former child star – she won the piano final of the BBC Young Musician of the Year competition in 1994 and RTÉ’s Young Musician of the Future piano final two years before that – has been busy composing, recording and preparing for livestream solo concerts, but her most important project of late has been writing the White Ribbon anthem released last month after being commissioned by Northern Ireland Opera in conjunction with Women’s Aid.

Created in support of the White Ribbon campaign, a global movement to end male violence against women, the former Derry girl (she now lives in Belfast) penned the song with Duke Special (Peter Wilson) after participating in two months of online workshops with female survivors of domestic abuse.

“It was harrowing, especially as it made me relive my own experiences of being in an abusive relationship, but it was really necessary,” she says with candour. “Also, I had never written a song before, so it was a completely new departure for me, and because of the content, it became very personal.

“There was a consciousness in the writing and a shared experience with the other women which was a very powerful thing. I always loved words – my dad wrote poetry for many years before I was born, but this baring your soul in the lyrics... it comes more naturally to me in music, but I found it cathartic.

“I believe there is hope and light in the song’s message – that life can change – and we are keen to keep it going; it’s not just an anthem for a day or two. With over 8,000 incidents of domestic abuse reported to the PSNI from April to June last year, staying silent is not an option.”

Performed by Jolene O’Hara and also featuring the Ulster Orchestra, White Ribbon (still available to download) took its toll on the pianist who has always been open about her past relationship and the effect it had on her, both as "a human being" and a professional musician who has performed with orchestras including the BBC Philharmonic, National Symphony Orchestra and the London Mozart Players.

Born into a musical family where her mother taught piano and her father tuned them, she began tickling the ivories when she was just two and a half, shocking her family into silence one day after casually showing her grandmother some complicated scales she had learned herself.

“I had a very intense career and played as a solo concert pianist in celebrated venues throughout Europe and the Middle East,” she recalls. “By 18 I was fully invested in my career but I played hard and partied hard in London and the cracks were starting to show.”

McGinley soon reached burnout, struggled with her mental health and, at the same time, became involved in a relationship which she describes as “scarily toxic” from the start.

“I stayed with this man for seven years and I basically lost myself completely,” she explains. “I still completed my postgraduate studies at the Royal College of Music as a solo recitalist in 2002 but soon after, I stopped playing the piano in public. The whole situation just took away my soul.

“I returned from London two years later when I was 27 and went straight to Women’s Aid in Derry. It was with their help that I started to heal. I owe my life to them, really, and that is why writing White Ribbon was so important.”

It was by no means an overnight recovery, however, and, hooked on painkillers “as a way of coping with life”, it took various forms of therapy and different therapists over a number of years for the young mother to repair the damage and deal with an unfamiliar new terror – debilitating stage fright.

“Hypnotherapy has really helped with performance anxiety but I am still happiest sitting at the piano by myself, playing for myself,” says the artist whose debut album, Reconnection – released in 2016 – emotively recounts her reconnecting with herself in musical form.

In terms of returning to the main stage, Derry City of Culture year in 2013 proved the turning point, coaxing the virtuoso pianist out of premature retirement to play live from St Columb’s Hall.

"I'm a deep introvert and don't really like the spotlight and there's definitely a perfectionist element in classical training that doesn't help," she muses. "I’ve really had to work on letting go of that. About 10 years ago I did a jazz course online and that opened me up to more freedom in piano playing – the fact you don’t always have to know what the next note is going to be.

“Today, I describe myself as a recovering perfectionist and when I work with young musicians, I try to get them to see it’s OK to play a wrong note – I call them ‘human moments'. When I started dabbling in jazz, I learned that perfectionism totally gets in the way of allowing yourself to be creative and free.”

Now it’s all about the freedom, the choice and playing for pleasure – something she has been able to do as accompanist for The Priests and also in several new projects she has on the go, among them a contemporary classical-trad album with composer, cellist and uilleann piper Neil Martin.

She is also writing a new solo album and has also just finished an organ composition for the Portico Arts Centre, Portaferry, which commissioned 10 musicians to choose their favourite hymn – and write their own arrangement for it – to be published in Portico Preludes later this summer.

“The lesson I have learned is that I don’t have to put in 10 hours of practice every day, playing really difficult repertoire, that I can live without the piano – but I choose not to,” McGinley concludes, happily. “I have also discovered in my journey of recovery, which was a bit like peeling back the layers of an onion to reach my inner self, that I can try new things and that I don’t have to be the best at everything.

“The most important thing for me now is that I have a level of inner peace and whenever I feel in that good place, I play better. When I play the piano now, it’s because I choose to be there, in that moment – and afterwards I can just go home.”

Ruth McGinley will be playing live from the Portico of Ards in Portaferry on Sunday, May 16. Visit porticoards.com for details. White Ribbon can be downloaded at ffm.to/whiteribbon