How Honduras' new president could achieve her ICT goals 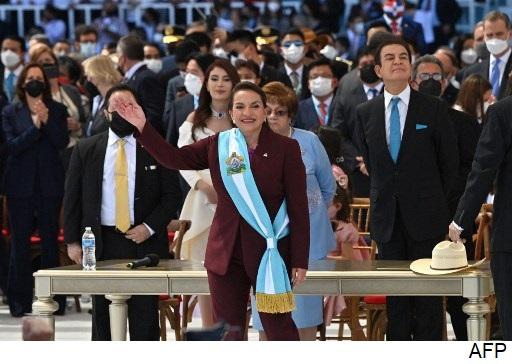 How Honduras' new president could achieve her ICT goals

The ICT plans of Honduras' new president, Xiomara Castro, are facing roadblocks, although a reform of the law that reduces the availability of universal service funds will not have a deep impact.

Castro started her four-year term on January 27. A pillar of her ICT agenda is the reduction of the digital divide.

Watchdog Conatel published a regulation on January 26, exempting audiovisual service operators from fees for supervision services and contributions to the investment and information technology fund (FITT).

The measure was criticized by the GSMA and Asiet associations for deficient analysis and debate. "The modification accentuates the disparity and asymmetry between the agents of the digital ecosystem, and may threaten the digital inclusion of Hondurans," GSMA said on Twitter.

However, the FITT has so far not had a real impact on the market, according to analysts.

“The resources in general have not been used. A robust institutional framework has not been created to develop this fund. So, from the perspective of how the fund is at this time, I believe it would equally not help achieve its connectivity goal,” Allan Ruiz, senior analyst for Latin America at Access Partnership, told BNamericas.

Edwin Estrada, Central America development director at consulting firm Nae, agreed. He told BNamericas that the FITT has not been adequately functioning. The fund "is complementary to operators’ investment for network deployment, so different alternatives could be assessed to compensate for that money that would not be received.”

Castro could allocate resources from the national connectivity budget and encourage investment from operators to cover neglected areas, Estrada said.

Castro's program contemplates public infrastructure investment in neglected areas and assigns at least 1% of GDP to science, technology and innovation.

Specialists agree that Honduras has lots of potential for private investment, but only if conditions improve.

“Private operators are definitely always essential allies in achieving goals, especially those related to telecommunications and the information society. However, it is vital for the government to act in light of the fundamental principles of the rule of law, such as those of legal certainty and legality. In addition, all measures must be taken under criteria of reasonableness and proportionality. Otherwise, very bad signals would be sent,” Estrada said.

Honduras, however, must increase transparency to avoid corruption in such agreements.

"Honduras has free spectrum of 700MHz and this resource is not being used," Ruiz said.

The 700MHz band allows efficient coverage and is ideal for 4G services in remote areas.

Ruiz advocated a tender without a collection objective. “I believe that the government should already have a plan to be able to develop this band in the country, which seems extremely necessary to me.”

The strengthening of state telco Hondutel could pose problems, as market actors don’t think the company could compete in the retail market.

Hondutel's recovery was part of Castro's electoral platform, which aimed to achieve financial sustainability and increase the company's investment capacity.

"It is an expensive institution for the state," said Ruiz, who highlighted the economic losses of the state company and the difficulty it has paying wages.

“For a company like Hondutel to be able to compete in a competitive market, it must be agile when making decisions, investing and developing projects. It must be able to react in a timely manner to the evolution of business models to remain current and competitive,” Estrada said.

“It must be attentive to how international markets are evolving and develop a modern business strategy that meets demand,” adding, the state company “should not be an end in itself,” so if these conditions are not met, other options should be sought.

“It has a very valuable fiber infrastructure with important coverage in the country. I don't know the models used by Hondutel to develop this infrastructure, but it is a tool that could be incorporated into a global broadband plan”, said Ruiz.

how has information technology evolved