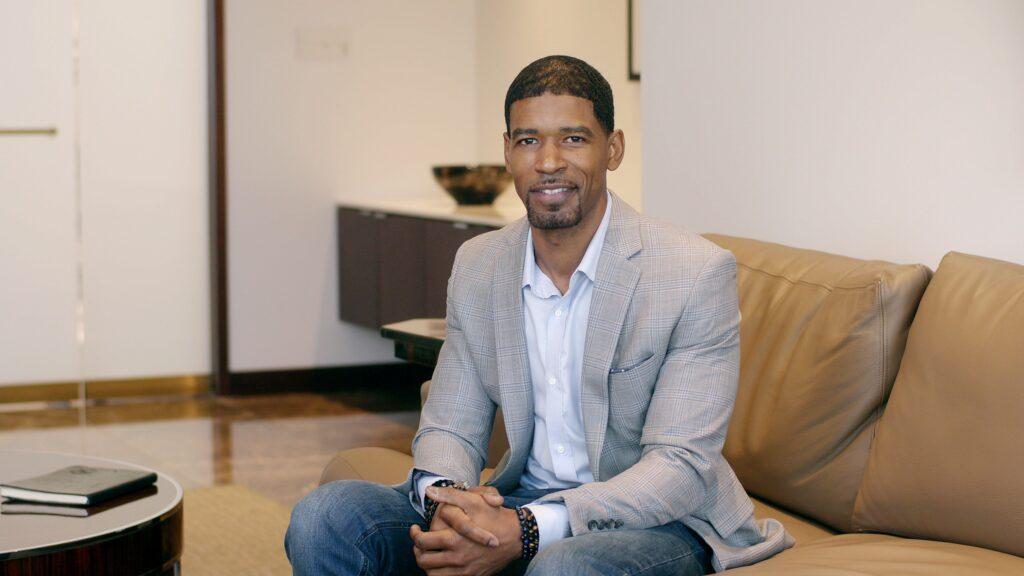 David C. Williams is a tech revolutionary who serves as an assistant vice president for Automation at AT&T.

Growing up, Williams faced many challenges. His father committed suicide in his home when he was seven, and he dealt with scarcity as the youngest of six children living in the inner-city of Dallas. Despite the heartache and economic difficulties he experienced, Williams used his background to propel him into a successful career.

Williams is an innovator, mentor, speaker, and champion for diversity and inclusion. In 2021, he was granted the Rodney Adkins Legacy Award at the BEYA (Black Engineer of the Year Award) STEM Global Competitiveness Conference to create a Sensitive Personal Data solution for AT&T to enable 40,000 people to work from home securely and permanently during the pandemic.

During the ongoing spread of the coronavirus, when the government forced everyone to remain in their homes, he designed a platform in which he could send texts out to customers, and they could send their credit card information. Still, the receiver would not be able to see the card number.

“Can you imagine how bad a business might do if you have issues taking payments and making sales? That’s how they go out of business. We solved that in five weeks. It would have normally taken six months to get it deployed for corporate security with legal compliance and supply chain, and employee training,” he recalls.

“From a savings perspective, we’re almost at $60 million this year. My team [has] two groups. There’s hyper-automation and emerging tech.

Williams is a Diversity Ambassador, AT&T Champion of Diversity Award winner, and founder of AT&T’s Annual Our EG Thing, celebrating diversity. He proudly states, “I’ve promoted four Black women in technology who did not have previous technical experience [and other members from marginalized groups].”

He is an avid believer in reaching back and uplifting others since he primarily attributes his success to the numerous mentors he had in his career that helped him navigate the often treacherous terrain of corporate America.

When he started working at AT&T, he became involved in mentoring programs, “I realized education and experience doesn’t equal advancement. You got to have someone who’s giving you the cheat codes and telling you how to dodge these potholes because this corporate game is the toughest game of strategy short of war,” Williams affirms.

To encourage diversity in STEM careers, he commits every Tuesday of every month to an underserved community and hosts group exercise events with kids using solar robots. He has enlisted sponsors and also purchased a dozen or more solar robots, “We’ll talk about the mechanics of the robots and how solar panels work. We give them to the kids to have something for their activities. Each [event] has grown; the last one had news coverage because four young ladies were shot in the community I went to and a toddler. We went to the apartment complex and just turned it out. We not only had a Tech Tuesday, but we brought mentors, a bounce house, ice cream, pizza, and showed them some love.”

As he continues to mentor the next generation of tech innovators, he advises anyone interested in having a career in the tech industry not to procrastinate and start where they are.

“Start right now, start small, pick something and figure out what it takes to fix something and when you fix something that it stays that way. Once you get that and get better, you go on to do something big. Embrace your curiosity and be open-minded, take risks, and believe in yourself,” he ends with encouragement.

what is kpi in information technology